Shree Anandbhai Samtabhai Karathia was born in 01-05-1965 the same day Gujarat State Foundation Day. Shree Anandbhai is a farmer from small village Jam Rojiwada of Bhanwad Taluka District Devbhumi Dwarka. He studied at Vallabh Vidayanagar of Ahmadabad and completed his education upto B. Com to L. L. B. He is engaged with the profession of courier since last 22 years and having his shop at Tagore Road in Rajkot City.

Shree Anandbhai is also well known as the chief leader of sagar cast since last 20 years and he is also giving service as a secretary of All Gujarat sagar community. In present under the leadership of shree Anandbhai the boys hostel has been built for community under expense of Rs. 1.5 crore and many boys are staying and studying in the hostel and further in future shree Anandbhai is attentive for the development of Girls hostel.

Atulbhai Chotai who is the Journalist and writer by profession has taken interview of Shree Anandbhai in which he told that he is having his house and profession responsibility but than also he will always be attentive for the development of community. 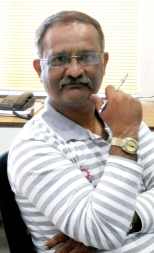 Lets introduce with Mitesh Ahir, a very easy going natured journalist & writer. He had started to write when he was studying in std. 10th. He used to write opinions in news papers and the papers related to casts. He has completed his M.A. in Gujarati subject.

He works as a journalist in famous news paper Akila since 15 to 20 years. His many articles have been published on various subjects like Akhand Ramdhun, small scale industries, seasons etc. Actually Miteshbhai has worked in writing more than Journalism. His stories have been published in famous magazines like Abhishek, Feelings, Parivar Darpan etc.

There are so many times Miteshbhai’s Radio programs has been transmitted known as Ratnakanika & other talks. He has published a book named Zarmar which is a collection of his radio talks Ratnakanika. He is nature lover. He has donated his blood for more than 16 times. Now, at the age of about 40, in his youth, he has paid his duties as a home guard, too. He believes that he has developed the feelings of discipline & security from that duty. As a home guard he has taken training of Rifle & Wireless. His native is Rajkot but as his father was serving as a post master, many times he has to settle in other places like Kasturbadham (Tramba), Lodhika, Amarnagar, Virpur (Jalaram) etc. due to his father’s transfers. His academic career is also divided among many schools & colleges. He can proudly say that he is an experienced person. His sons Sagar & Bhavin are good natured and bright in their career.

mitesh1ahir.wordpress.com is a nice blog having collection of Miteshbhai’s writing activities. It’s a great pleaser to visit this blog. His page on facebook is named as mitesh ahir. One can contact Miteshbhai on his mobile 97250 55299 or email miteshahir@yahoo.com to get any information or his book Zarmar.

Kyoshi Sensei Rajesh Thakkar was born to Santokben & Laljibhai Thakkar on 14th July 1959. Rajesh Thakkar is a person for whom it can be said that Karate is his life. He has dedicated his complete being to Karate. The mission of his existence is to spread the right values of life through teaching Karate-Do.

He began his Karate training at the age of 13 years under the able guidance of Shihan Pervez Mistry, the father of modern Karate in India. Rajesh Thakkar achieved his Black Belt from Sensei Mistry in 1979.

He has written two books on Karate in English (Dynamic Goju-Ryu in 1982 and The Art and Science of Karate-Do in 1993 with a second edition in 1997) and the latter has also been translated to Gujarati.

He has about 20 branch classes in addition to the main class where he himself teaches at Grant Road. He is one of those rare teachers who practice what they teach. He is also the type of teacher who studies deeply into his subject and always tries out new methods of teaching.

Sensei Rajesh Thakkar is a simple man who has kept a low profile despite a list of extraordinary achievements. What makes him great is not just his prowess in Karate, but also his noble character, his sublime approach towards life and the SPIRITUAL VALUES that he has been imbuing in his thousands of students since over 35 years as a teacher. 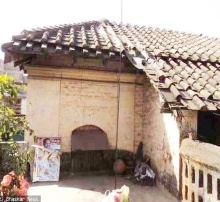